There are advertisements everywhere about Father’s day which makes me feel somewhat miserable as my father tragically passed away 6 years ago. As I mentioned before, father was an important person in my photography history. He won his Kiev 4 on a science competition during university and was very proud of it. So I’ve been thinking of experimenting with that camera recently to keep his memory alive.

I tried the same experiment a few years ago however, all my pictures were gone thanks to the expired developing chemical… 🙁
I couldn’t wait to grab father’s camera back in Hungary so I ordered one from ebay last week. (It was a quicker and cheaper way, haha. ) It arrived in two days, could have been tested on Saturday when we had a festival in town and during the rest of the weekend when we took a ride to Waterbeach with my husband.
I couldn’t remember everything about this camera but luckily found a manual in English (yay!) and some really helpful youtube tutorials. The worst part was loading the film as the short ending of the tape did not fit into the take-up spool. How ridiculous is that? 😀 (Yes, yes, it was in the right position.) Anyway, a nice pair of scissors are always useful…

Shooting onto an ISO400 film on sunny days was not a good idea but challenging. Here are some pictures I like though! 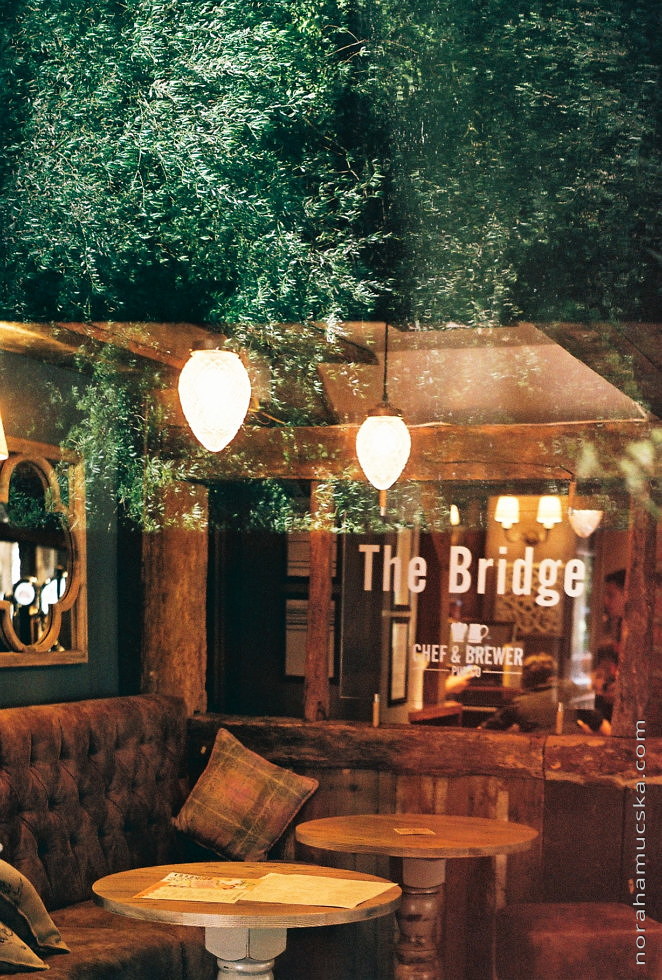 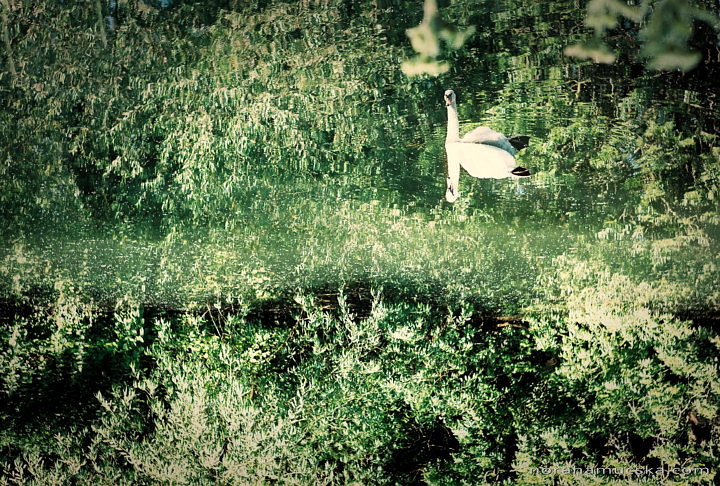 Upside down. As part of the experiment I did some editing: a little bit of contrast and vignetting. 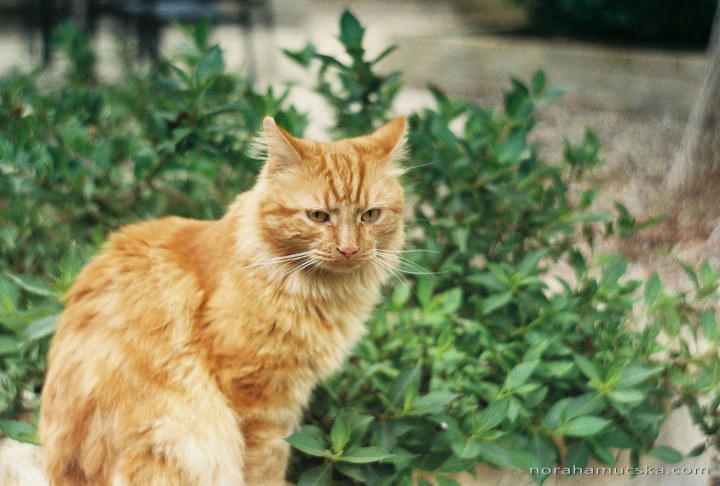 Matty, the awesome cat of our friends. 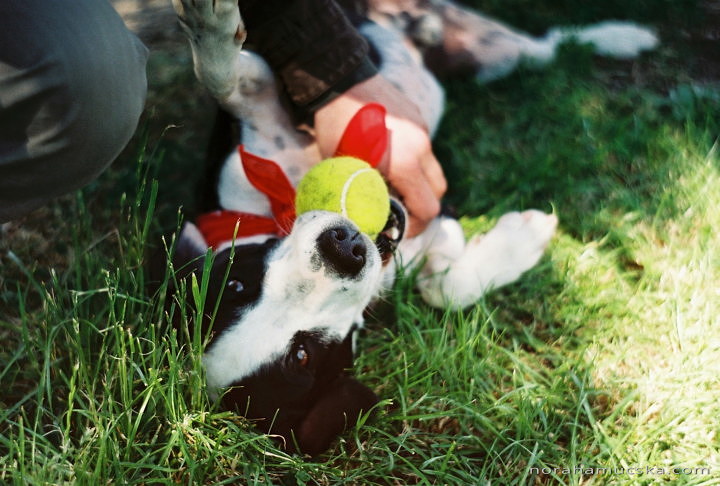 A playful doggy posing with the ball. 😀 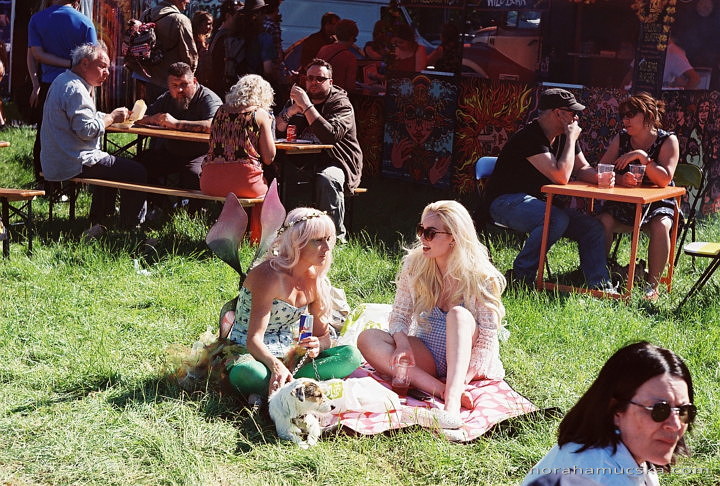 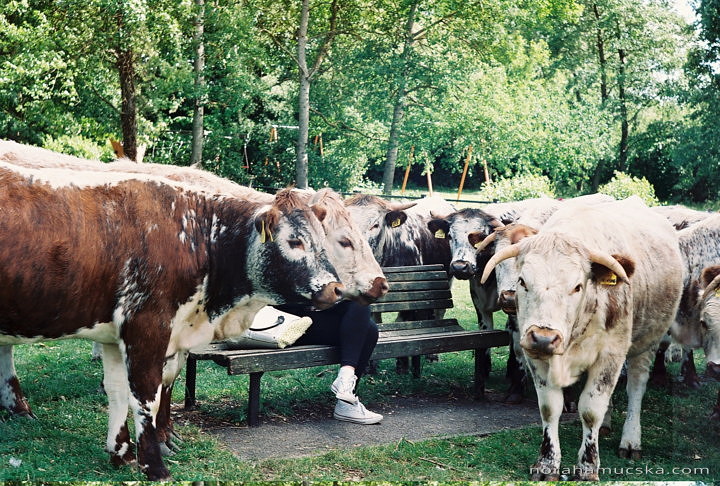 Never seen a blue eyed horse before, have you? o.O