I’ve recently posted about our trip to Mount Emei. As it is the Year of the Monkey (a pretty naughty one, shame on you, Golden Monkey), I’m sharing some photos taken of these funny little guys I met while hiking.

The first group of monkeys were waiting for tourists on the path to the Golden Summit. They’re quite naughty and greedy so we didn’t spend too much time around them.
The second encounter was pretty fairytale like. Imagine reaching an old Buddhist temple on an edge around 2000 m above sea level and seeing a Tibetan Macaque family staring into the void, while other monkeys at all ages are playing and chilling around or trying to rob you, and another naughty one rushing out of the monks’ kitchen after trying to steal some food. 🙂 It was not an easy job to catch those precious moments as the young monkeys constantly wanted to interact, so I had to keep my (third) eye on these naughty creatures all the time while I tried to take a photo without making any suspicious move. 🙂
We met a third group somewhere between 2 monasteries which was a proper forest outcast gang. I dared to sit down for a second and the very next second I noticed some thieves in camouflage approaching from the surrounding woods…
The fourth big family of the macaques are living not far from the Qingyin Pavilion and it is a perfect playground for them. 🙂 Lots of small pavilions connected by ropes, bridges and ladders, looks like a really cool Mauritz Escher picture. They seem to have a happy life there, hope they can live there forever! 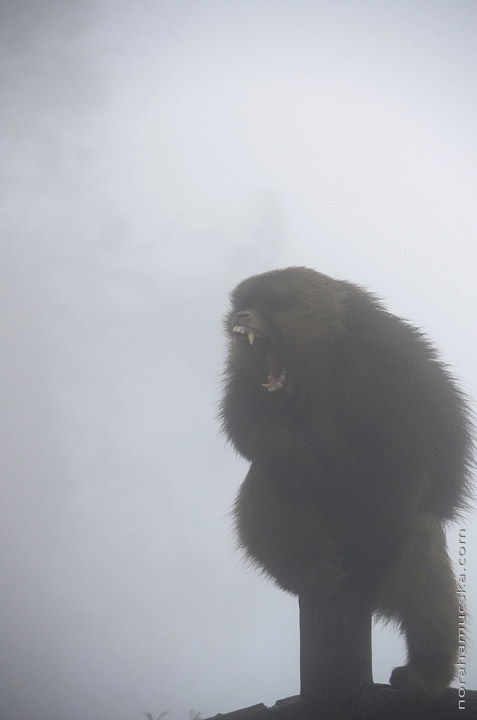 First day of our big hike, first encounter with the monkeys of Emei. 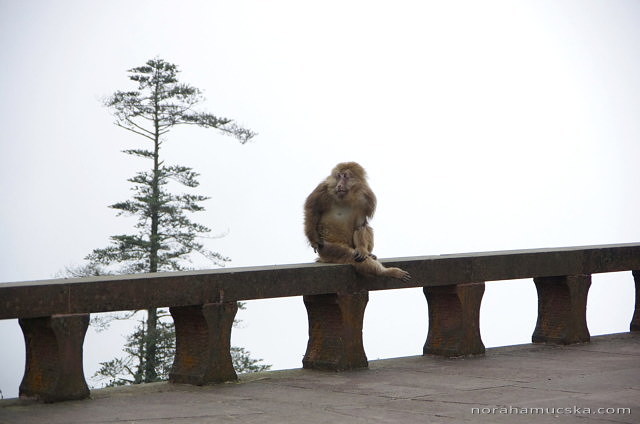 At the Elephant Bathing Pool. 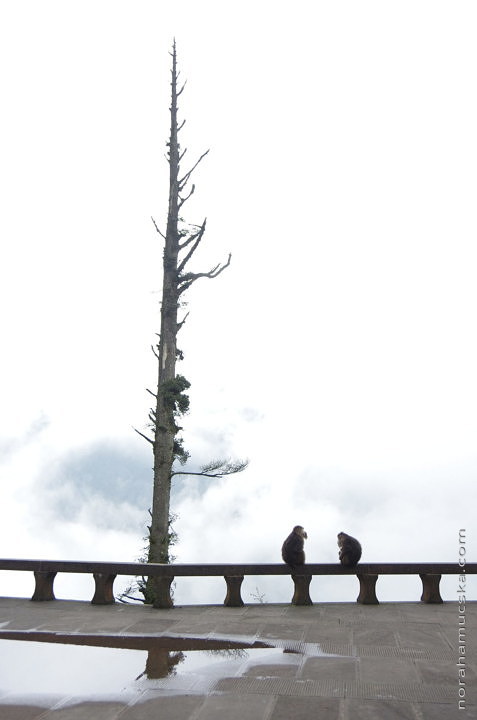 Monkey family staring into the void at the Elephant Bathing Pool. 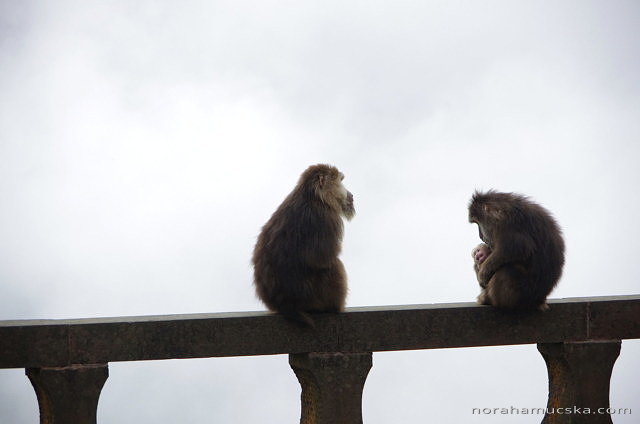 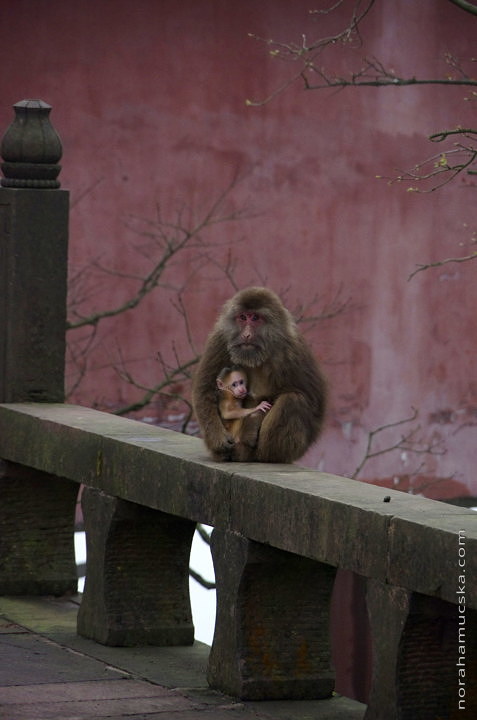 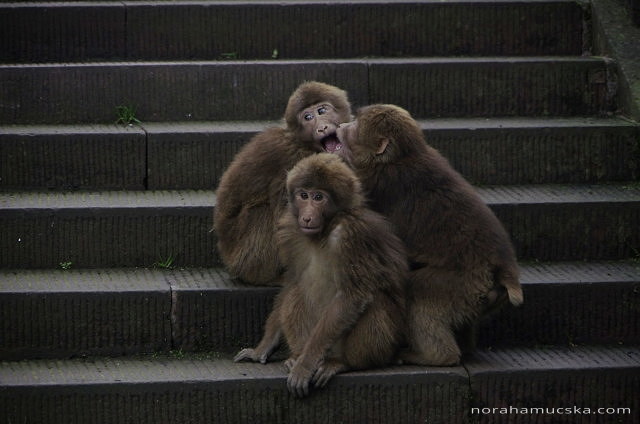 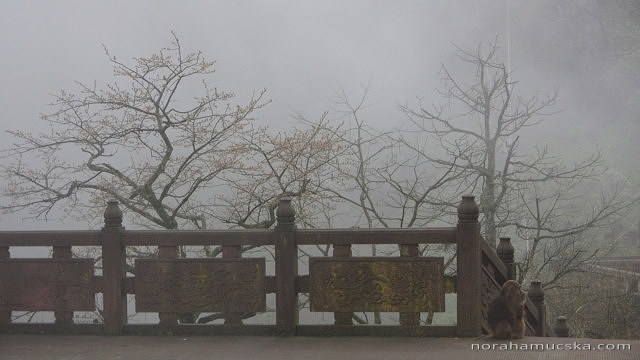 Looking back on my way. Yes, I knew that someone was behind me! 😀 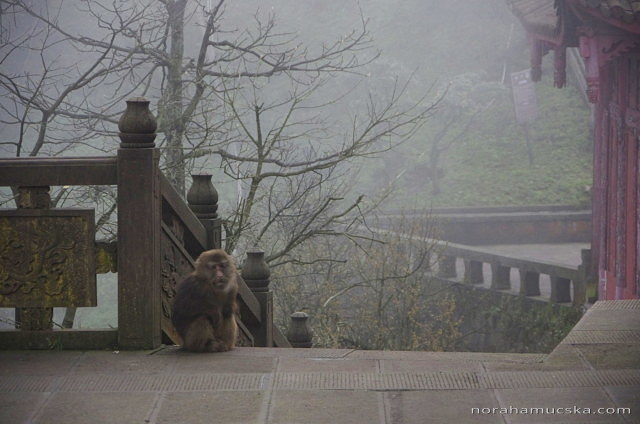 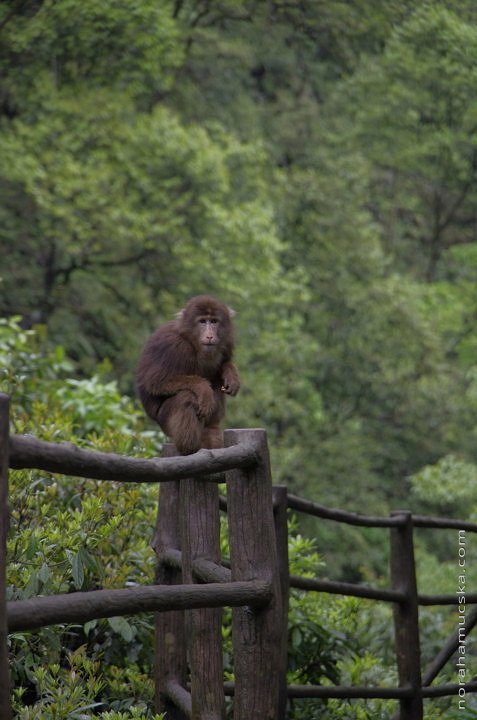 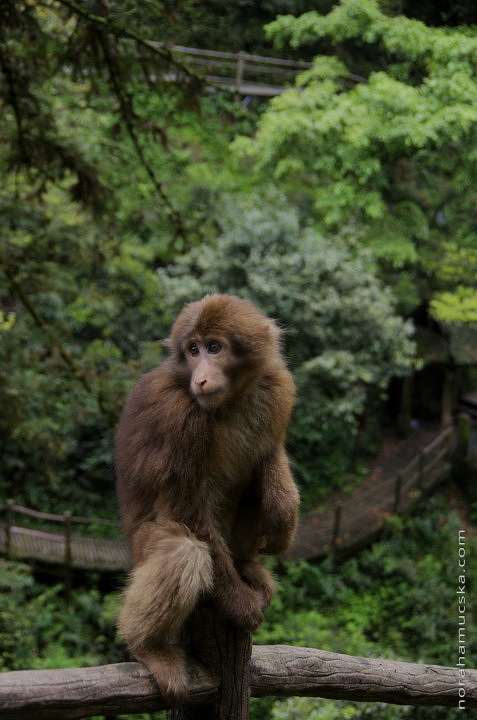 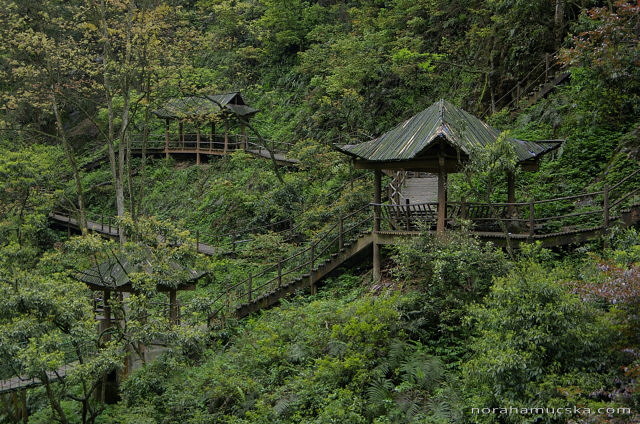 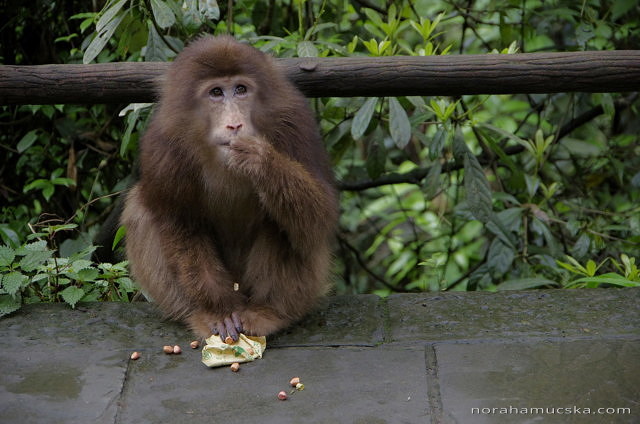 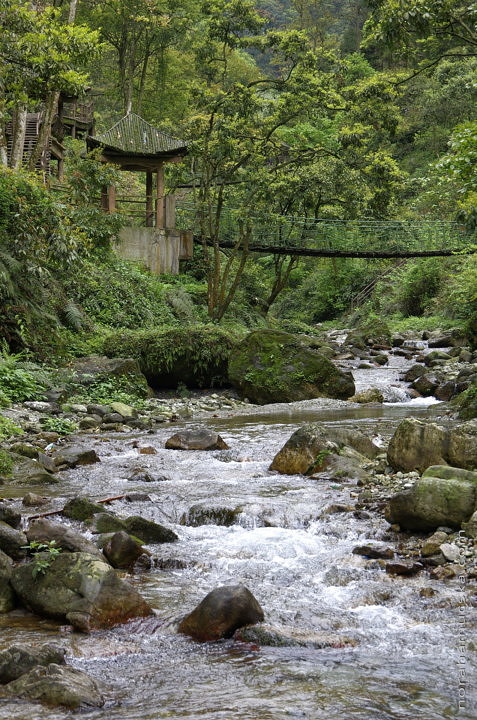 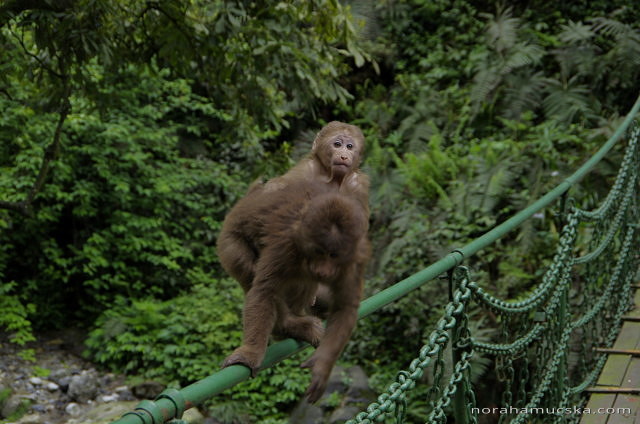 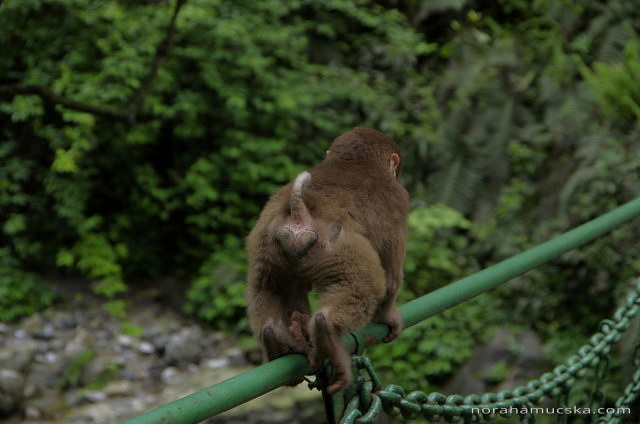 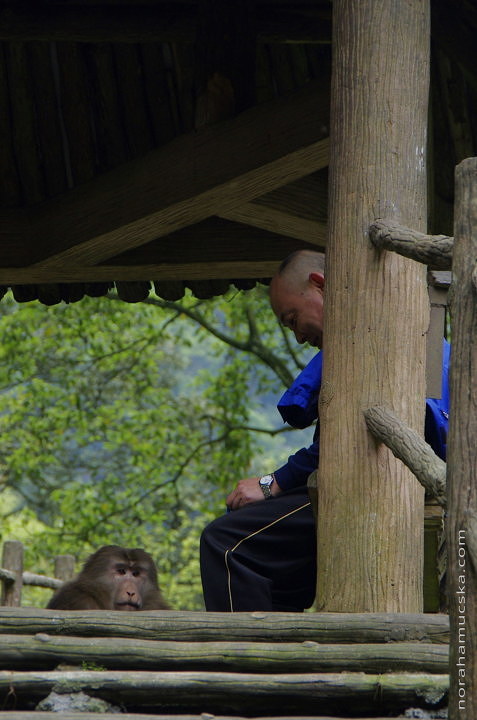 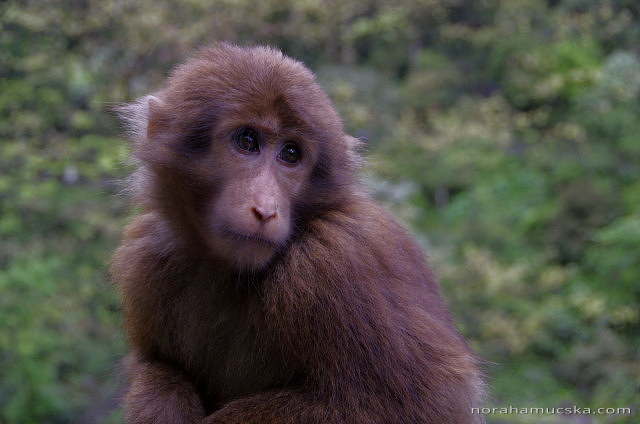 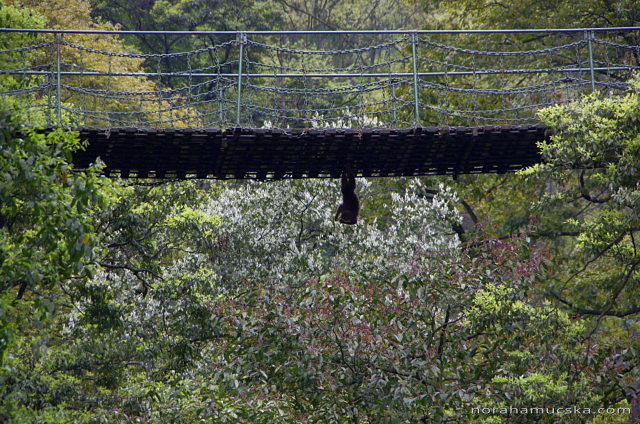 Can you spot the monkey?